Fake banknote: how to recognize them and what to do 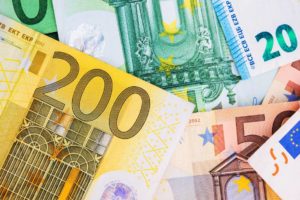 In this article you will learn how to recognize fake banknote even if you do not have money detector machine at your disposal. A tip to be on the safe side? Simple: take them to a the bank or at the post office and ask an operator to verify the banknote.

Fortunately we can start talking about this thorny topic with good news: the amount of counterfeit banknotes withdrawn from circulation is decreasing in this last period. So even for you it will be less likely to run into this unpleasant rip-off. However in 2018, according to the Bank of Italy, around 54000 counterfeit banknotes still circulate, most of which are 20 and 50 € banknotes. It follows that the danger of running into one of these banknotes is more than real unless you have a money detector.

How to recognize a false bill

Although banknotes have become increasingly difficult to falsify thanks to the growing technology used for their production, the risk of running into one of them is always constant. The only way to be 100% certain that a bill is true or false is to use a bill counter able to recognize fake banknote. However it is not always easy to find one so we have tried to give you some advice on how to recognize counterfeit banknotes based also, but not only, on the anti-counterfeiting characteristics of banknotes: 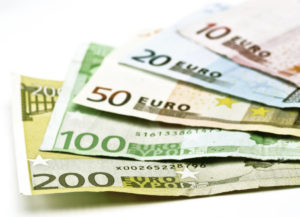 Electronic devices: the only way to surely recognize a fake banknote

Thanks to this information, recognizing an original bill from a counterfeit should not be a problem. However we don’t see the reason why you have to risk it and we advise you to buy one of the note counter machines that also serves as a banknote verification device, which – after illuminating the banknote with a beam of UV light – will tell you if it is authentic or if it is false without leaving room for errors that you could instead commit.